Last weekend legendary cyclist, Sean Kelly, & I undertook a most enjoyable spin around The Burren & Cliffs of Moher in Co Clare on a beautiful Spring day. The fact that there were over 2,000 others on the cycle shouldn’t detract from what became a serious grudge race between Kelly & myself (that Kelly was not aware he was in a race with me is irrelevant ? )

In the interest of suspense, I won’t reveal who won until the end of this piece!

Afterwards, Kelly took part in an informal Q&A session. One question raised was what separated a social cyclist, club racer & top pro. Apart from the predictable key areas of ability & dedication, an interesting point made was about project management – both race management and lifestyle management. It is not enough to be a strong finisher if you are left behind caught by a break half way through a race. There isn’t much good in being a hard trainer if you didn’t know how to rest & recover.

Sport is rightly viewed as an emotion driven, primal activity, but successful sports managers remove some of the emotion & replace it with good project management practices.

So if we are to take some key traits of a Project Manager in the world of Sport, who can we look to for examples of best practice and who could benefit from fine-tuning their PM skills?  Let’s look at three key areas of Project Management:

Joe has created an environment with at least two players vying for every position, everyone ‘on message’, and arguably the strongest coaching team around him in world rugby. This is critical chain project management at its best.

While there’s no “I” in TEAM, there are five “I”’s in “Individual Brilliance” – it seems to be a case of ‘all about me’ with José it. Recently throwing his players to the wolves after a poor performance. His highly successful predecessor, Alex Ferguson, always defended his players – taking action behind closed doors when necessary.

Despite the bad smell now emanating from the SKY camp, Brailsford captured the cycling public’s interest for many years with a compelling story & consistent message of ‘marginal gains’. From nowhere, SKY became the No 1 team in world cycling & gave a new hope to the sport.

Perhaps on his way to becoming the most successful ever Gaelic Football manager, Gavin remains enigmatic, having communicated none of his team’s ethos, dreams & goals to the Dublin GAA public, an important stakeholder.

Cody works long hours to prepare precise plans for all his management team & players. Consistently combative, sometimes cranky, but fiercely loyal to his organisation and never crossing the line by taking shortcuts to success. Treats everyone equally & shows respect for all opponents.

Jones was glib, condescending & argumentative while enjoying a record-breaking winning streak, but took a major wobble in team selections, public utterances & body language when the pressure was on following three consecutive defeats. In danger of ‘losing the dressing-room’, Jones would do well to remember that a calm, even-handed leader in good times & bad will earn the respect of his/her team.

Our  Project Management course will give you the knowledge and skills required to be a successful project manager including the ‘hard’ skills of managing and planning the scope, schedule and budget and also the ‘soft’ skills of engaging and communicating with your stakeholders and ultimately managing their expectations and meeting the customer requirements.   Details are at: https://aspira.ie/training/

Footnote: In a disappointing end to my duel with Sean Kelly, he opted to complete the 125km route when the courses diverged, whereas I stuck to the much more difficult 80k route. I look forward to crossing swords with him again in the future, meanwhile Mr. Kelly remains oblivious to the whole episode! 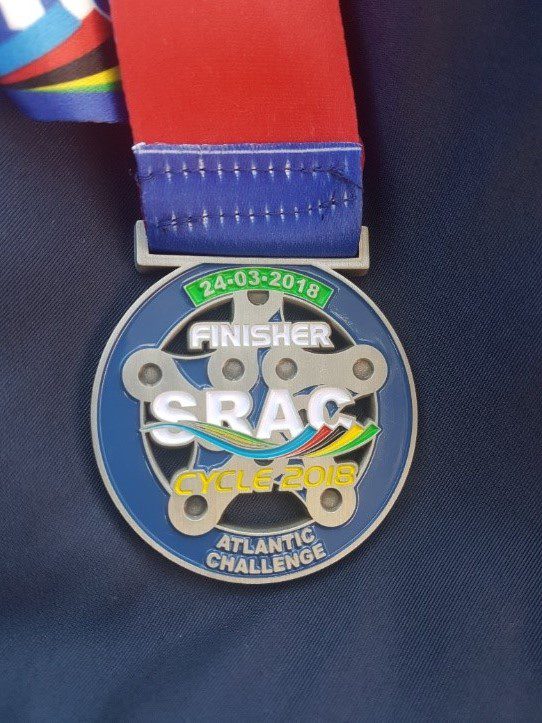